Posted by Jay Kim on 4/22/2011 to Special Events
While SFR crew was visiting Korean office in March, we've made some plans on new locations for SFR reflash tour in late March and April.
These were the new locations... We've been to few locations and some were new locations that we've never been before. 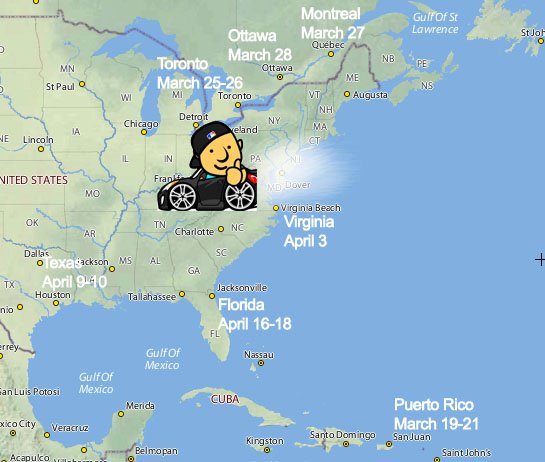 Basically it was planned for every weekend, and I had to be by myself taking tours of every locations. We've arrived back in U.S on March 18th from Korea, and we were extermely tired and had a lot of things to adjust back to our U.S lives. I was just insane to fly out the next day to Puerto Rico for 3rd visit of SFR Reflash tour.

March 20th was the Hyunda/Kia Meet day thrown by Predator Performance and I was again invited to tune their customers' cars.
I was able to tune Predator's 3.8 V6 Genesis Coupe demo car and made totally streetable and daily use 290rwhp on Mustang dyno which should be around 310-320rwhp on Dynojet!!