Posted by SFR on 11/15/2012 to Special Events
We were invited to Gensport Tail of the Dragon event, one of the largest Genesis Coupe gatherings in the States, again this year.
This was our second visit to Tail of the Dragon, and we were invited as a vendor that offering prizes and ECU reflash service on site.
Since we've been promising the group that we'd bring our demo car and possibly sponsored cars out to hep out the event to grow, we had to start working on our demo car that was down being a donor vehicle for customers cars and Jay was just too busy with R&D on new tunes and tours.
We weren't only shooting for putting the car back together but we also wanted to make the car to handle better to support the power it's generating. 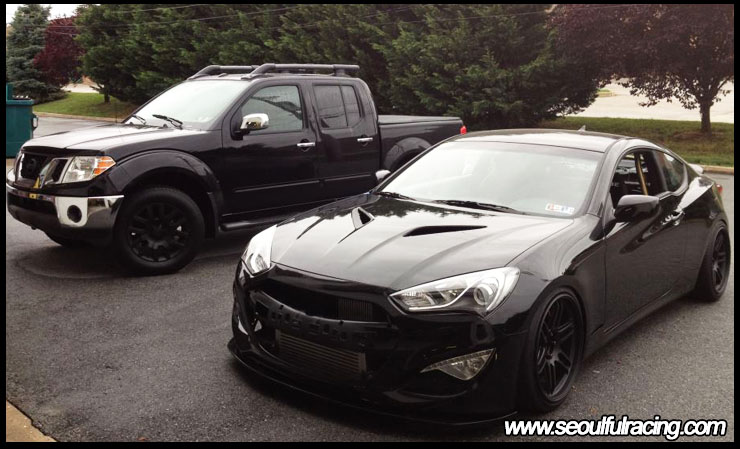 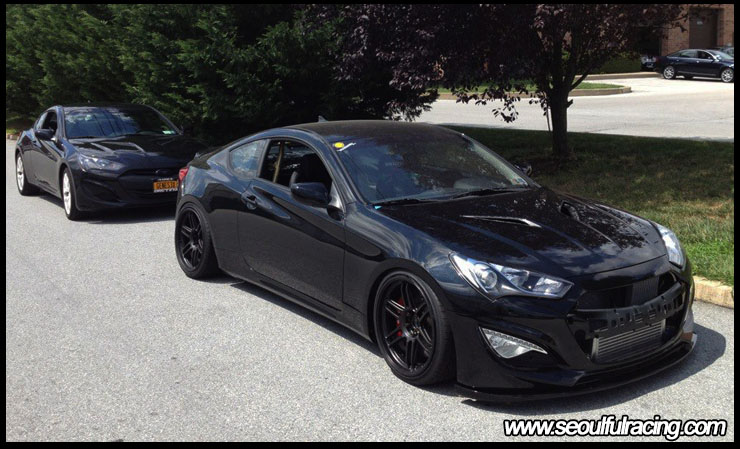 We right away took the car apart and started working on some modifications to the turbocharger/actuator and few other components. 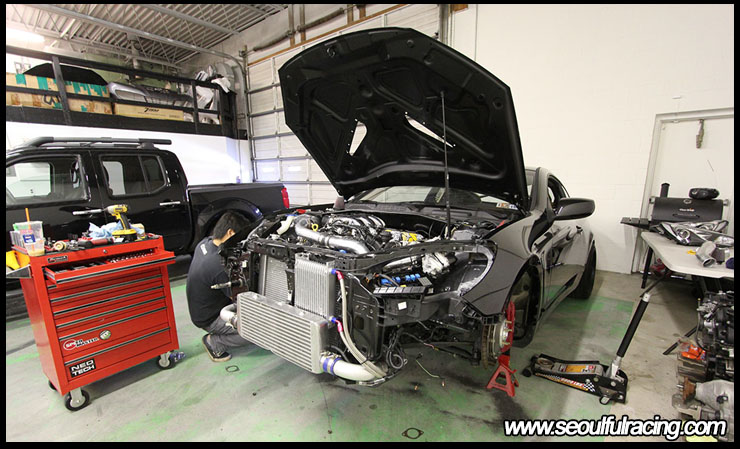 The main idea was to make a track that has no heating issues that were never been beaten for a long time while making 2 times more power than the factory is rated.
Since the car had more down time than on the road (due to a lot of travels and projects), our car also had to be street legal with state inspection to be driven @ Tail of the Dragon.
So we basically wanted to make a legal street/race car :)
Twin turbo set up definitely does NOT run cool so we wanted to add/upgrade few components like Front mount intercooler, engine oil cooler, relocation of power steering wheel tank, etc 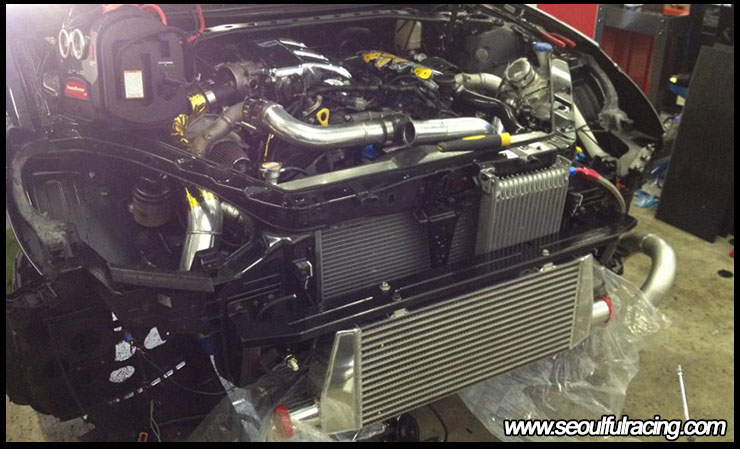 Special thanks to [email protected] for getting us their nice FMIC set up very fast at our door.
It also comes with aftermarket crash bar that we didn't have. Safety first!
Jay had to modify all the pipings to new FMIC set up. Fabricating new pipings and add washer fluid bottle on the driver's side for state inspection. 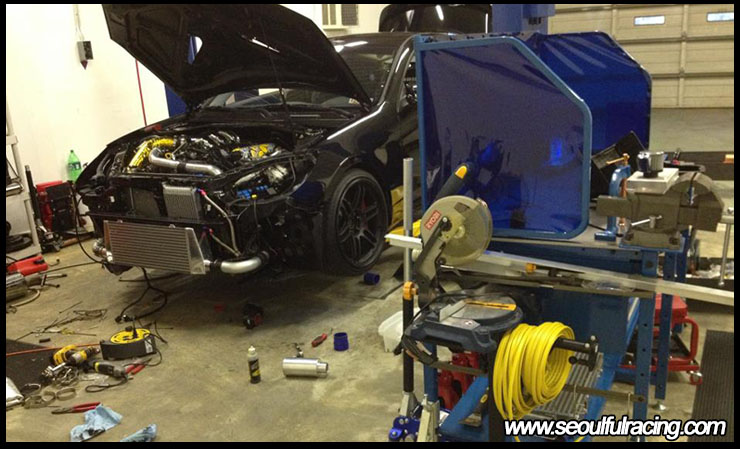 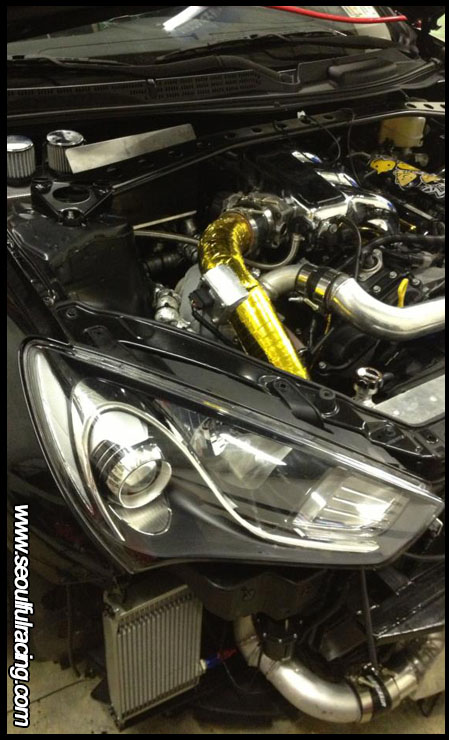 We've also added Eibach stabilizer along with HAWK race pads to go with our Brembo cailpers and 15"/13" rotor set up. 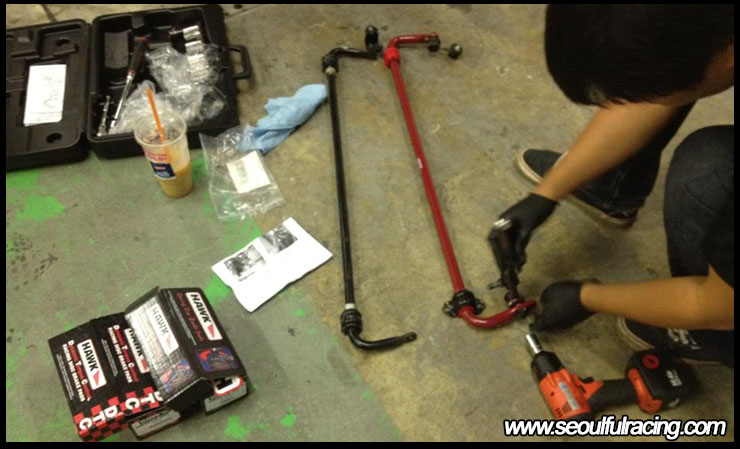 Jay only had time after our reg day was over to work on the demo car, so he went home 2-3am everyday on that week to finish the car on time. 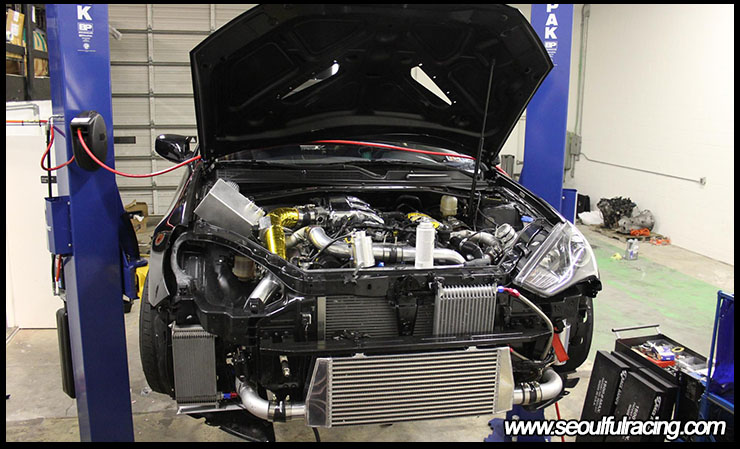 No problem passing State inspection and safety/emission being everything street legal and we were ready to put the car on the trailer and on our way to North Carolina. 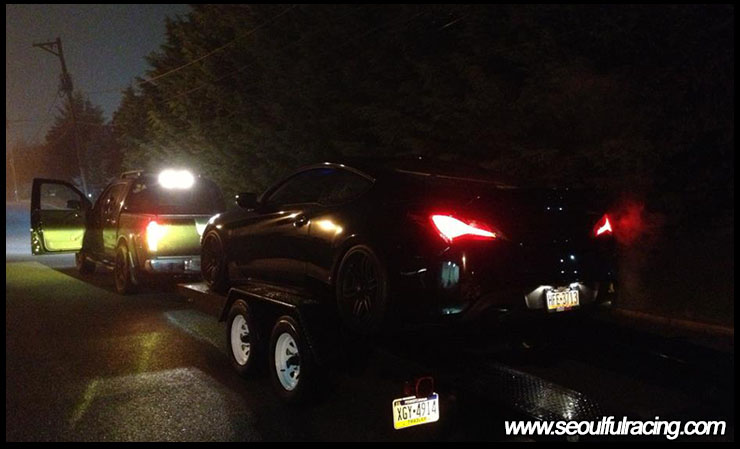